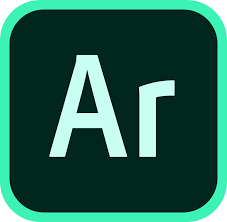 Aero from Adobe is an app for viewing, building, and sharing immersive and interactive AR experiences.

Aero is a platform for creating interactive scenes with 3D objects and is a tool for publishing 3D file formats, such as USDZ. Aero has a library of pre-built 3D objects that can be added to the virtual environment. Users can also import assets from Creative Cloud (in apps such as Photoshop and Illustrator) or from their iCloud Drive.

The UI of Aero is designed to be intuitive to creators with all technical backgrounds, and doesn’t require complex coding to operate. Step-by-step instructions are provided at first use, making it a powerful tool for creators without prior coding experience. This extends to creating animations by placing objects, shaping their paths, and adding triggers. Objects can be rigged to animate based on the start of a scene, on tap, or with proximity to other animated objects. On top of being useful for entry-level AR creators, Aero can be useful for pitching concepts and prototypes to clients. It enables the quick building of a scene by easily integrating 3D models and 2D assets from existing libraries and optimizing them for AR.

Often compared to Apple’s Reality Composer, another emerging AR tool, Aero is described as more intuitive but less powerful than its Apple counterpart in terms of precision and resolution. Moreover, Aero requires the camera to be activated while creating scenes within AR which could be battery intensive. One impressive feature of Aero, however, is their use of machine learning technology to mimic real-world lighting on objects without the need for manual rendering. Aero is available only for iOS phones and tablets.

show comments
Suggest a Project, a Tool or a Tag
_docubase
powered by_