A post-mortem examination of Fort McMoney by its director David Dufresne!

More than a year and a half after our documentary game has been released, it’s now time for a bit of self-criticism, and for a postmortem examination. Warning: this is gonna be technical. And transparent : -) Enjoy the read!

[If you want to read a detailed case study of Fort McMoney before reading a postmortem, click here]

Fort McMoney was a mad race as well as an exhausting marathon that is still experiencing twists and turns (one distinction at the Webby Awards, one invitation at the festival Game For Change/Tribeca at New York). This marathon will end  in a few days, when the film will be projected on Arte, on May 12, and with the publishing of a book partially based on the narration of the film.

Now is the time to look back. It is not about looking back at the figures, all the wonderful prizes won by the documentary game, or the impact it has had on the players, or the audience it has gathered (such figures could be found here). No, this time is about conducting a postmortem examination; it is about judging our project. It is about “next time there won’t be any mistakes”. 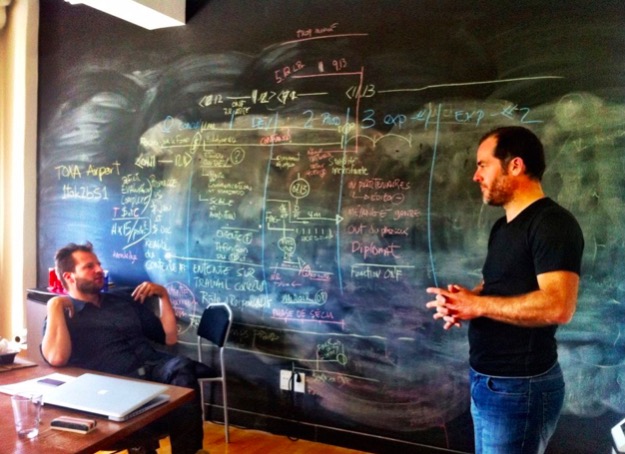 This very task was performed some months ago in the offices of Toxa, the studio where Fort McMoney was produced. With developers, designers, producers, distributors as participants. The goal wasn’t to blame those responsible for something that didn’t go as we would have liked, but to understand together how it could have been improved.

And as we were prone to share our joys and our world tour from festival to festival, let’s do the same now, let’s share. For one learns from his own mistakes as well as from those of others.

Introduction, as our producer asked us  ;_)

Most of the remarks below are due to cultural differences between Québec and France. We could oversimplify by saying that in Montreal, what’s important is “how”, and that in Paris, it is “why”. On one hand, a focus on the search for practical solutions; on the other hand, enjoying an unending debate. No judgement here! We’re just enjoying seeing those two different approaches confront.

Conception | From April to September 2011

The major flaw was due to a lack of dialogue among the team. Some needed more time to understand the project’s goals. There was also a “cultural clash” between the method of a documentary viewed as a sort of wandering, and the need to be precise with the coding. The result: a vague evaluation of our needs in terms of balancing the time and the budget.

1- Bad technical estimation of the project’s scale. Wanting to create an open world, as the ones in video games which give the player a great liberty of movement, meant that development would be longer than expected. Here’s why: the project was a prototype itself. Like every interactive documentary being developed from scratch, assessing the scale of the production was impossible to achieve with precision.

2- Once again, a lack of dialogue among the team. Not that coworkers didn’t talk to one another  – on the contrary, they talked happily – but words weren’t understood in the exact same way by everyone. Perhaps defining a common vocabulary can be a way? Time is also a key element for the linguistic barriers to fade. Exchanging knowledge and skills and collaborating make those barriers disappear.

3- A fragile balance of each one’s understanding of his role and responsibilities. To put it in a different way: who does what, who reports to whom? That is a major point in such a project. Here’s some advice: one shouldn’t take for granted that everyone has the same standards of requirements and skills, but should make sure that each and every one understands what the team expect of him.

4- The April 2012 prototype, which was to attract a great deal of funding, should have been more advanced, in order to be able to perform more tests during the production phase. 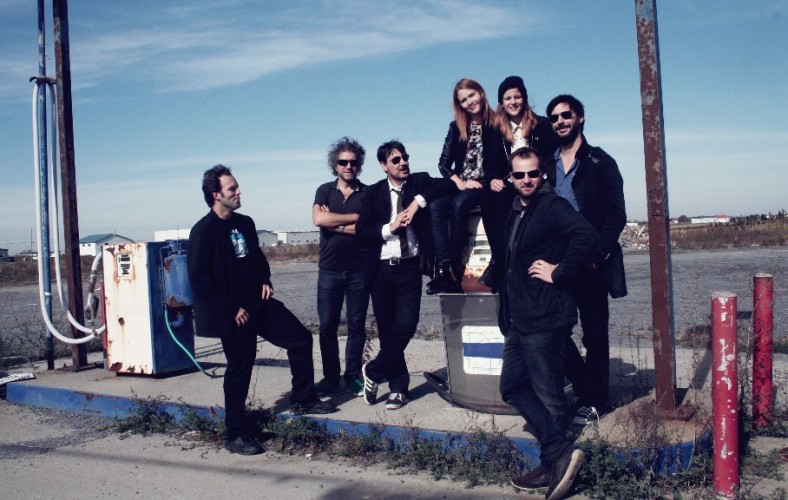 Part of the (beautiful) production team

1- With a long project it is normal for the team membership to fluctuate. Nothing but normal. But… between the phases of development and production, the departure of certain number of key team members would prove costly over the month, especially the departure of the technical director four months before the upload or of the back-end developer. A document clarifying the role and responsibility of the production partners would have definitely attenuated the problem. Immediately replacing every team member, who leaves the boat, and ensuring that they complete a transmission/transfer before leaving, is a necessity.

2- The lack of a follow-up report in production will also play an important role in certain delays and the fatigue of the teams faced with the complexity of certain problems. Remedy No. 1: Plan, plan, plan. Another remedy: Have a functional prototype with which the entire team can follow the project’s progress and make sure that all members maintain themselves updated.

3- Important losses of time have been observed in the validation processes between the deciders, international co-production and the volume of the project make it necessary. Solution: collect the returns in one “single voice” to avoid useless iterations.

4- Scenario. Don’t change it until three months to uploading. Remedy: define the navigation and general structure as early as possible, in order to best plan the coherence of the totality of the project. Another remedy: ensure that the mechanisms of the game are flexible enough to be able to insert new content at all times, hence changes of scenarios.

5- Results from preceding points: overspending and a multiplication by 15 of certain technical posts. Remedy 1: evaluate, evaluate, evaluate. Remedy 2: Test the functionalities established before developing any new ones. Remedy No. 3: Be less crazy. Remedy 4: But still a little… 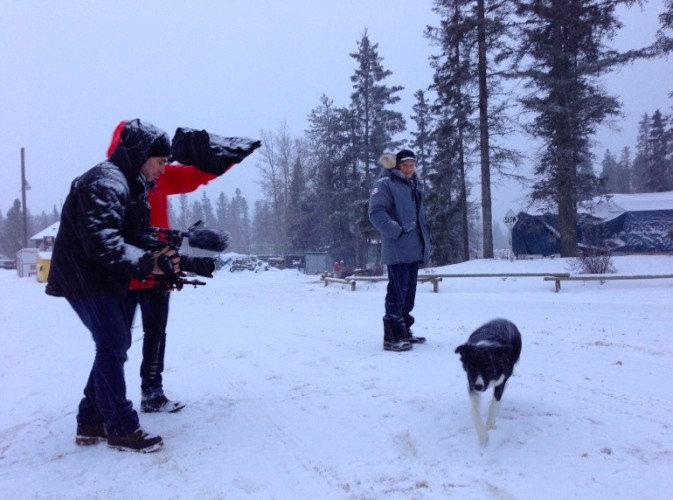 A day of shooting …

Distribution | From November 2013 until today

A- Lack of some document clearly stating the different production methods and expectations from each of the partner: for instance there was a large gap between Le Monde‘s expectations and Globe and Mail‘s expectations. Without partners, there are less visitors, therefore less players, therefore no game. Less bluntly: partnerships had been set up nearly one year before the uploading. It shows how it can be sometimes difficult to associate press institutions (bringing with them large audiences) and interactive projects.

B- Uploading of…a beta version, that is to say still bugged. The reason is simple: the launching date of Fort McMoney had been determined months before with the IDFA. But we weren’t ready at the time of the launch. And the dazzling success the very first minutes after the launch multiplied the amount of bugs (a wrong version of the game was hosted by one of our key partners, servers panicked, etc.). The solution: to make mandatory a proper beta-testing phase, and stick to it. Another solution: to take more into account the “flags” raised by developers in the course of the development.

C- Late participation of the advertising services from ONF and Arte. Their experience would have got us some extra-time.

Special thanks for this assessment to Raphaëlle Huysmans and Philippe Lamarre (producers from Toxa), Louis-Richard Tremblay (producer from the ONF), Dominic Mercier (Flash Developer), Christian Lebel, Etienne Cella and Xavier Aymond from the Akufen company, Maude Thibodeau (artistic director), Martin Viau (head of the ONF), Pauline Boisbouvier (key person at Toxa). As for the successful trio from Arte Dominic Willieme, Marianne Lévy-Leblond and Alexander Knetig, they will with no doubt recognize themselves in some of those lines…