” In Assent the tone had to be talking to my father as if he is a friend as well, a very close friend. So, when I found the tone, it was just pouring a lot of things that are tender, fragile and intimate.” Oscar Raby 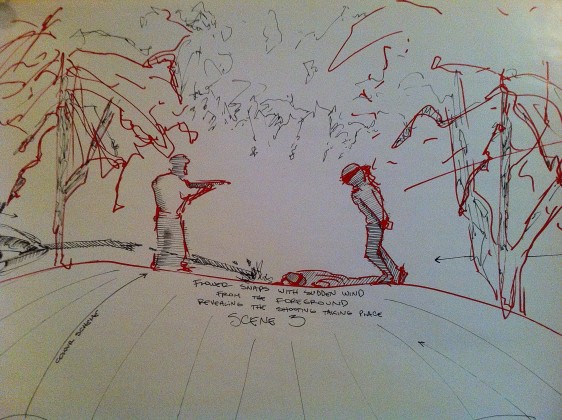 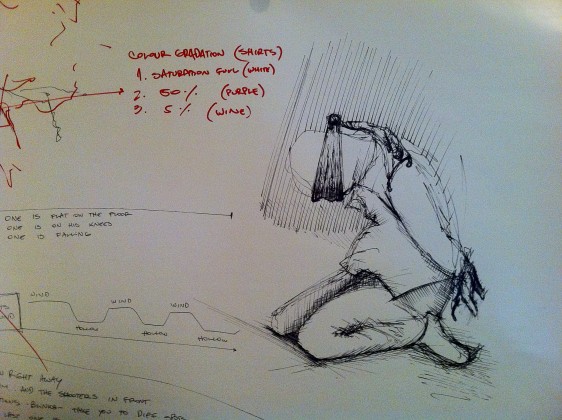 Storyboard + Notes: Preliminary drawings of scenes and an early draft of the script sheds light on Raby’s creative process. About his writing process, Raby says: “I did it all late at night, there was no chance of bumping into anyone. I had to put myself in a very intimate mood. In Assent the tone had to be talking to my father as if he is a friend as well, a very close friend. So, when I found the tone, it was just pouring a lot of things that are tender, fragile and intimate.” 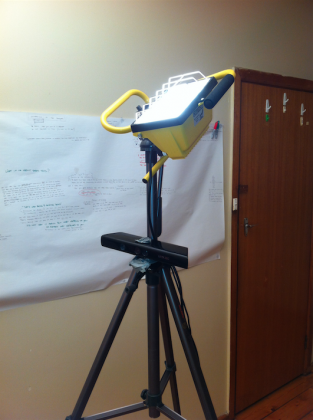 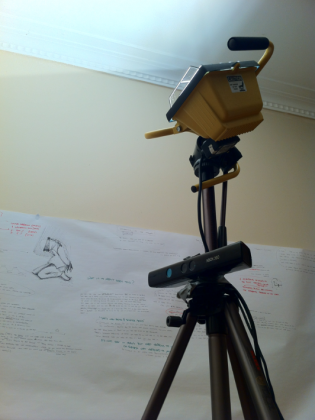 Raby’s setup for 3D scanning: Raby uses a tripod, Kinect and a work light to capture his 3D scans. 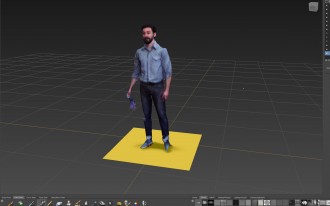 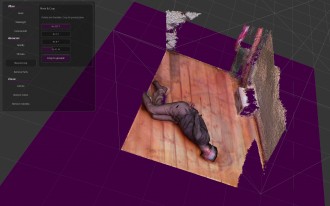 Character Scans: In Assent, all the characters are 3d scanned models of Raby posing in different clothes and positions. 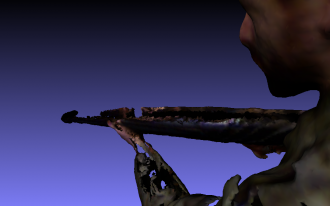 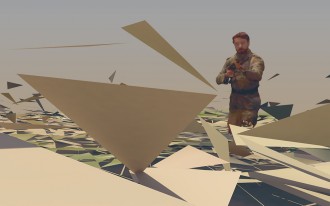 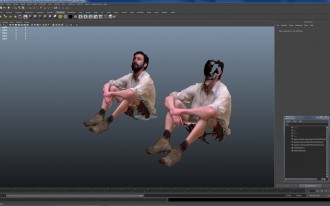 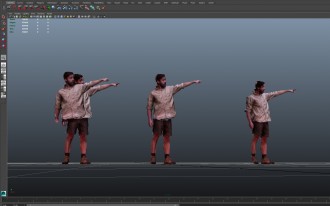 Glitchy Aesthetics of Character Scans: Raby intentionally keeps the glitches of 3D scan in order to foreground the particularities of the medium. For him, presenting these artifacts of the 3D modeling can be artistically rewarding and force the viewer to contemplate about the medium. 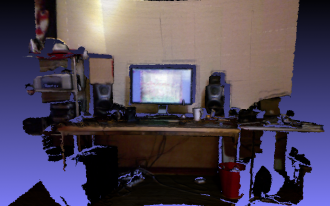 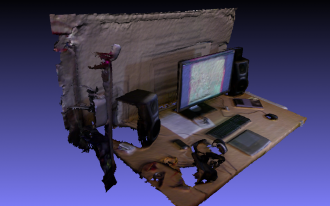 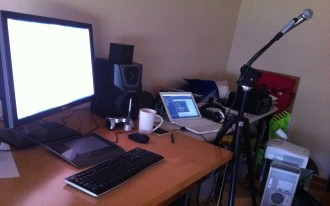 Raby’s own desk where he created Assent: Raby scans the desk in his studio. The scan includes the computer he worked on as well as the Oculus headset. Below you can compare the scan with the photograph of the desk. 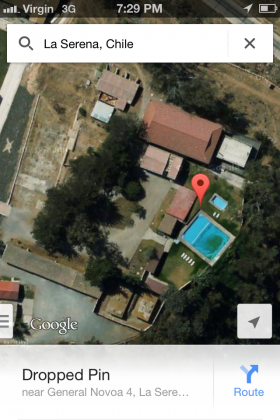 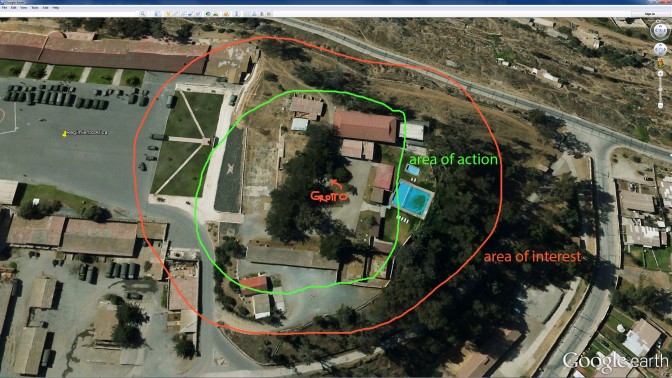 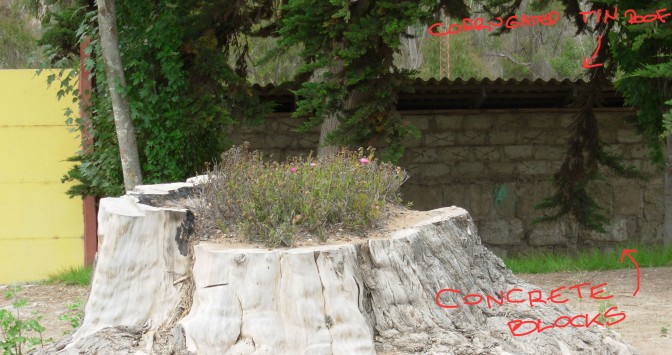 References for the Place: To build the location where the execution took place, Raby uses the photographs his dad sent to him from a later trip he took to the site as well as Google Earth images. 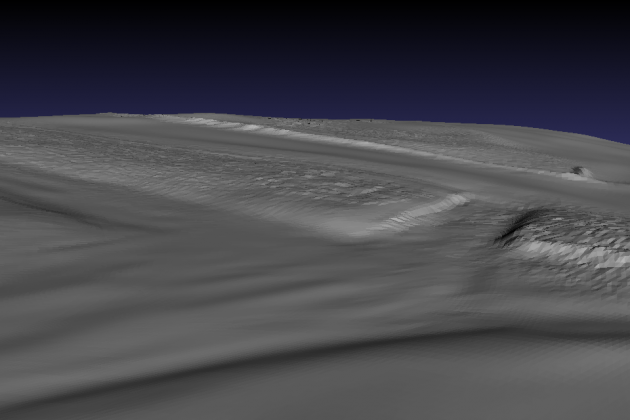 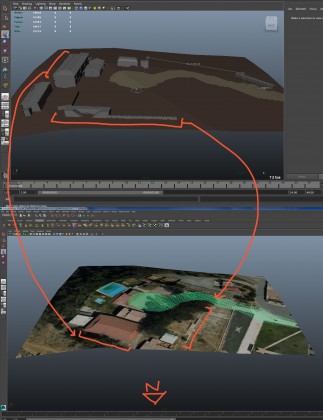 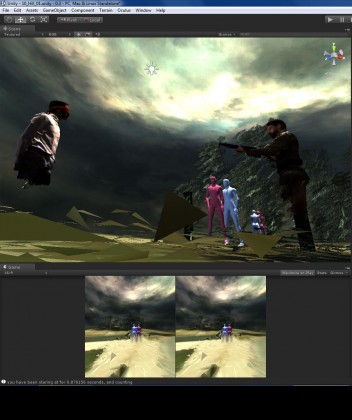 Modeling the Landscape: In order to model the landscape Raby uses Maya and Unity. 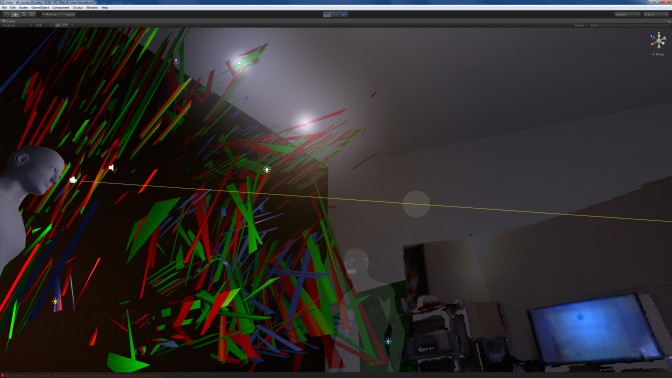 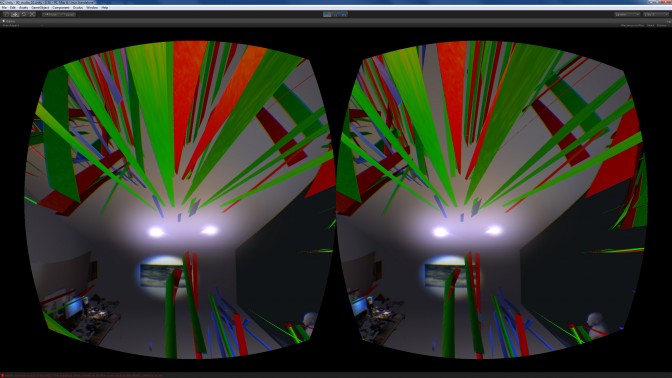 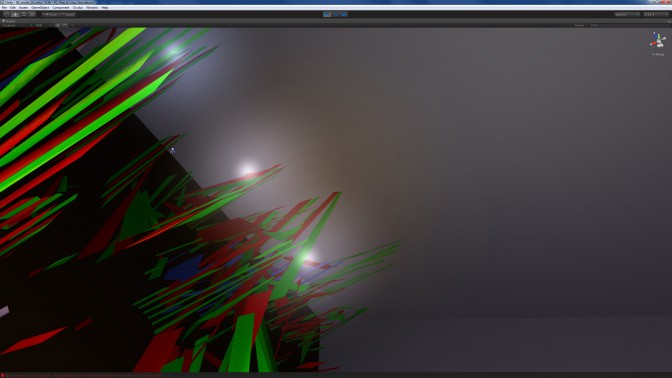 Creating the Game Mechanics: Game design of Assent is created using Unity. Struggling with the implications of visual genres like the first-person shooter, Raby seeks to find a way to make “looking” rather than acting a central game mechanic. 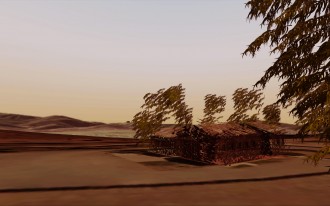 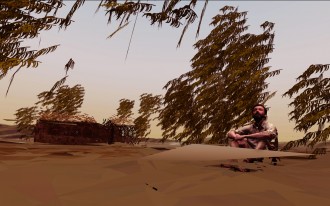 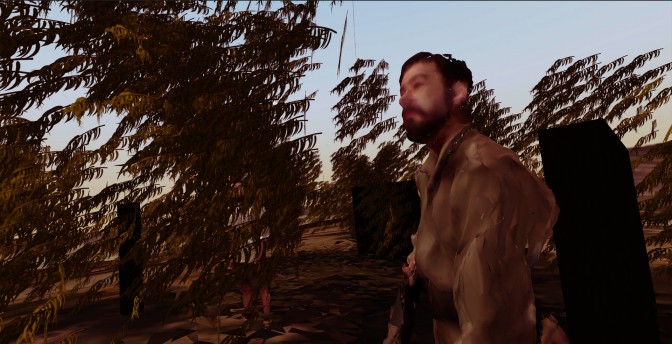