Asked for a playlist, I revisited quite a few projects. These are the ones I connected to most, some of them because they are very well done, others might be more rough, but they hit a chord in me. Check it out!

I am Florian Thalhofer, the inventor of the Korsakow software. As an artist, I have been using the software myself for most of my work in the last 15 years. Korsakow for me is more than software. It is a conceptual tool, that helps to understand the complexity of the world, using narration, image and sound. It is not a story telling tool. Stories have strong borders and only within these rigid borders is it possible to narrate. Korsakow has borders, too, but the borders are much wider.

Computers make a new way of narration possible. This new way of narration allows a new way of thinking, a new way of seeing and a new way of making sense of the world. Structuring information – which is what story-telling is – means that an author puts the things he or she sees in a certain order. With the advent of film, this order became hyper-linear. “Linear” because the order in which one thing follows another is unalterably set, and “hyper” because events are fixed to a timeline, with the strictness of 1/25th of a second. One frame follows another, and for authors who want to narrate using moving image and sound it is almost impossible to get around this constraint.
Why abandon the hyper-linear constraint? Linear storytelling leads to linear thinking, which in itself is not bad–it has allowed humanity to discover many great things. But there are things that we cannot understand, nor even see, using linear thinking.
Using computer logic, there is no longer a need to have one frame follow another. In analog film there is a technical necessity for linearity: one frame has to follow another, one scene has to follow another, one train of thought has to follow another – all collected on the reel of film.
On computers the bits and pieces of a narration are stored as data in no particular order. Order can be created using rules (computers love rules!) but the rules don’t have to be so strict that the outcome is always the same. By using computers, authors can easily create flexible narratives that allow flexible thinking.
Korsakow is an application for creating flexible films. The selection of films showcases a variety of recent works made in Korsakow, ranging from contemplative visual essays, documentary, and interactive narrative media comprised of original, archival and animated film material.
1_The Border Between Us
2_Forgotten Flags
3_Ceci n’est pas Embres
4_Archiving R69 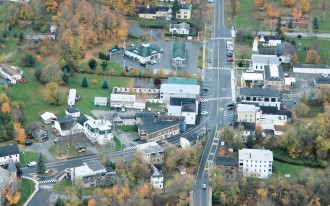 _The Border Between Us

"The Border Between Us" is a wonderful portrait of a little border town. I grew up very close to a border, myself, the former border between Czechoslovakia and West Germany. As a child I had quite a problem to understand this border, that was known as the "iron curtain", between East and West. Still today I find the concept of borders alienating. The iron curtain came down, now you can cross from Germany into Czech Republic without any check-points. You still cross into an other country, with a different culture, an other language, different food and the gas is cheaper. Between Canada and the States there is a border as well. But one, that people did not really feel, for most of the time. But things changed and Homeland Security does its duties. In the "The Border Between Us" you meet beautiful people that live on one or the other side of that border. This Korsakow film takes a look, does not blame nor scandalize. It is an observation of the normality. And it finds the absurdity that seems to always be an integral part of the normal. 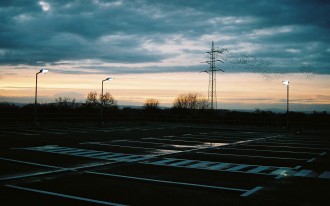 “Forgotten Flags” is an older project of mine. It was filmed in December 2006. Six months earlier, the soccer world cup was hosted in Germany. Previous to this world cup Germans had a difficult relationship to all kinds of national symbols, as a result of German history. The summer of 2006 was the first time, I saw German flags flying all over the place and I was not the only one, who found this disturbing. Six months, after the world cup was finished (won by Italy) there were still many German flags up in the air. So many, that I decided to travel through Germany to talk to the people who still kept them up. I had an opinion at that time, and that opinion I stated at the beginning of this Korsakow-film. Then I shut up and listened to what people had to say. And I learned a lot. Forgotten Flags is a portrait of Germany and the diverse view-points of Germans. Germany changed for good in 2006. Germans have a different relationship to national pride, Germany gets engaged in wars, Germany is not afraid of taking a leading role in Europe. I myself don’t get annoyed any more by a German flag (if I would, I would be annoyed all the time). Interestingly “Forgotten Flags” still feels fresh and did not out date, it is still a relevant portrait of German mentality. Just the very first comment, where I describe how disturbed I felt, seeing a German flag from my kitchen window, ist out of date. No one would say that today. 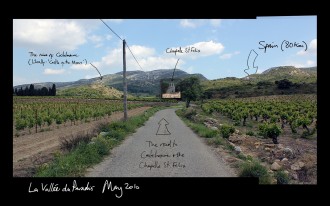 Ceci N’est Pas Embres is a Korsakow film by my good friend Matt Soar, who is also a co-fighter, when it comes to get this Korsakow idea out into the world. Through Korsakow we met, became friends and collaborators. It is not always easy, as we live on different continents (Matt: North-America, me: Europe) and grew up in different countries (Britain / Germany). Considering that, I think, we do very well! Matt and his family, that I know and love, spent a year in a house in Embres, a village in France. What looks like a romantic dream coming true, became a slow and respectful but none the less clash of cultures. Matt, very honestly, describes the little details and observations that he is able to see, coming from a different place. The French culture seemed to be close from the distance of francophone Quebec, but being in a small village in France and trying to connect to the new neighbours turnes out to be more then difficult. Matt is not trying to explain how the village and its people work. ‘Ceci N’est Pas Embres’ is about himself, his family, and how they deal with the situation. It is a funny, serious and very honest piece, describing the ups and down when entering a new world. 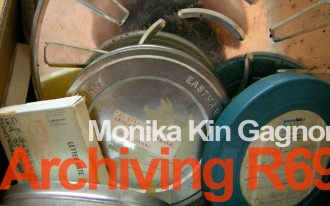 An interactive narrative exploration of 100 film segments, sound clips and other archival elements

By Monika Kin Gagnon (2011 - Canada. English/French). Archiving R69 is composed of the mixed archival documents that surround the completing of her father’s posthumous film, R69. Originally commenced in 1969, the film was left unfinished on Charles Gagnon’s death in 2003. Archiving R69 is composed the original film, archival elements and new material. Using the Korsakow System, created by Florian Thalhofer, Archiving R69 permits viewers to undertake an interactive narrative exploration of film segments, sound clips and other archival elements – the constellation that is Charles Gagnon’s film, R69 and an exploration of the process and people involved in its completion.