We were only back a few days, a week, and it felt like it had barely ever happened, which is one of those slippery things about memory and about place. And even as we’re finishing up this film, I don’t think any of us is really quite sure what it is, but I kinda went into it with that in mind, that it was Ok doing it for what it was, it would be fine. It is what it is, but it’s not Embres; ceci n’est pas Embres et Castelmaure.

Ceci N’est Pas Embres is a ‘database diary,’ a highly personal travel document based on the experiences of a family from Montréal living in rural France for six months in 2010.

Ceci N’est Pas Embres is nonlinear, interactive, and database-driven. It was conceived for, and built using, the Korsakow System. 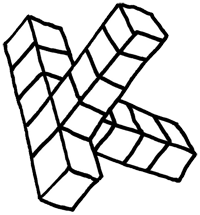