Sandra Gaudenzi started her career as a television producer, then moved into interactive television, and has been teaching interactive media theory since 1999.

Sandra is one of the conveners of i-Docs, a conference that she co-initiated in 2011 while writing her PhD about interactive documentaries at Goldsmiths. She is Creative Director of i-Docs.org, curates conferences and professional trainings, and consults on independent interactive projects. What fascinates her is how digital technology can open new ways to document reality and how these explorations can empower us to actively change our world—and our understanding of it.

I do not see interactive technology as a tool, but as a process that brings cultural, aesthetic, and political changes. Within this context, interactive documentaries are not just portraying reality through digital media; they are modeling it, tacitly presenting a new contract to their audiences by inviting them to “take part.” A shift happens: by actively taking part, the user, the documentary, and the world are connected through a chain of cause and effect, a chain of change. Interactive documentaries become living entities: they have their behaviors, they depend on external entities, and they change through time. This is where it becomes fascinating: as for any living being, it becomes more interesting to look at what they can do, rather than attempt explanations of what they might mean… 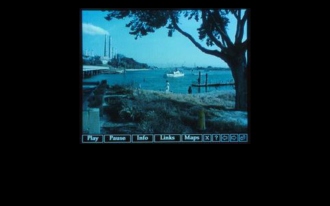 One of the first projects to be called an interactive documentary, this piece sought to create an explorable slice of life in the Moss Landing community through a collection of hyperlinked video clips.

Probably the first project that has been called an “interactive documentary”. This is the result of an exploration from Apple’s Multimedia Lab (1989) on how a digital interface could give a feeling of space. “Hot spots” allowed the creation of a navigable “hyper picture” – a first shift towards interactive maps, but also the beginning of spatial interfaces and navigation. 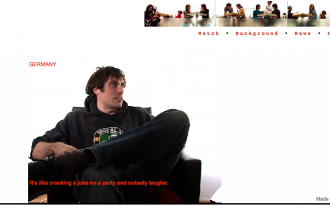 A universal experience is explored through multicultural lenses in this database documentary about love.

One of Florian Thalhofer’s first Korsakow projects, the [LoveStoryProject] is a growing collection of stories and thoughts about love. Since the topic is such a universal one, linking between one person and another feels fairly intuitive. My own shift: it made me realize that most hyperlink navigations force the user to take decisions he/she does not want to take. In the [LoveStoryProject], clicks are emotional explorations rather than narrative choices, so it works better (for me). 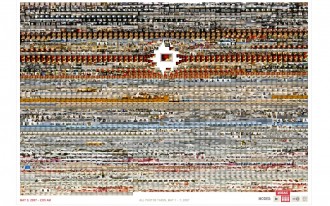 A nine-day whale hunt in northern Alaska is told through a large, interactive photo mosaic.

A visual storytelling experiment: by taking one photo every 5 minutes, and agglomerating them all on a digital navigable canvas, Jonathan Harris explores how data visualization can deliver both the macro-story, and the micro-story, of him whale hunting with a family of Eskimos. Time navigation is possible, but one can also navigate by colour, emotion and character. An aesthetic and conceptual shift in narrative interfaces. 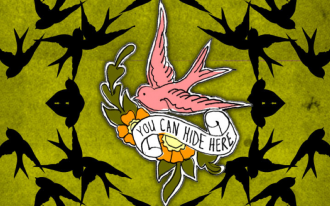 This performed documentary piece sends participants out into the night to explore city streets alone by bicycle, recording their route and finding places to share intimate stories with the project and future players.

An exploration of the city that mixes participatory narrative, mobile technology and cycling. A hybrid social space where the private and the public are intertwined. An example of how locative narratives can become self-explorations that change our perception of the physical world around us. A real aha moment for me... 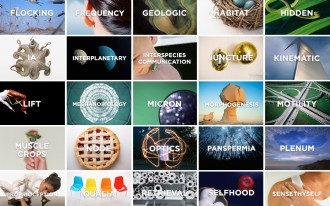 In this interesting and often inspiring interactive database, users can explore a panoply of ideas from A to Z by navigating expert interviews and creating their own path through some of today's most exciting science and research.

An ecosystem of video interviews with hundreds of leading thinkers in the arts, sciences and technology, covering a wide range of topics. The graphical representation of our user’s journey - on the bottom of the screen - is one of the first interfaces that I have seen that succeed at navigating a huge database of interviews giving a feeling of coherence. 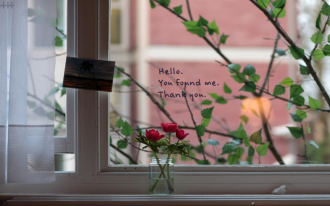 _Dreams of Your Life

How alone are you? Explore that theme and more in "Dreams of Your Life," an interactive piece with an invisible interlocutor whose probing questions prompt deep, and sometimes dark, reflections about life.

Made as an interactive proposition on the side of a full length documentary, Dreams of your life is a dialogue, a psychological test, an internal monologue, a confession… and a proof that intimacy and introspection are possible through an i-doc. When change comes from a moment of self-reflection…

The first i-doc interface that clearly speaks by itself. “Interface is content”, says Alexandre Brachet (Upian)… Gaza-Sderot acquires meaning, and generates emotional impact, through its interface.

The NFB, and Kat Cizek, show to the rest of the world that i-docs are a mature form of storytelling. Their umbrella project Highrise constantly experiments with the form creating new spaces of reflection and new styles of representation. An evolving exploration through living documentaries…

The graphic novel becomes interactive: Operation Ajax has blurred the lines between comics and i-docs. A whole new genre is born…

A linear audio narrative empowered by an interactive visual interface: as the story unfolds the user interacts with a 3D graphical map, acquiring a feeling of apparent freedom that is essential to the unfolding of the story. The novelty: to use the interface as a tool to position the user in a specific emotion.

Scrolling navigation at its best: a complex visual style that maintains integrity and engenders curiosity… “desirability” can work in an i-doc interface…

After Prison Valley David Dufrense pushes the docu-game style to another level: an interactive fresco of a city where the user can influence the outcome of the story. In Fort McMoney immersion is used as a drive to explore, and agency as a drive to change the city through participation.