Chris Dymond is a digital producer and innovation specialist who straddles the worlds of tech and media.

Chris Dymond’s background is in commercial web production, but he has also worked with Sheffield DocFest and Crossover Labs to develop, mentor and showcase new cross-platform media talent. Chris has a deep interest in the convergence of technology and storytelling, particularly around data visualization, new platforms and business models.

Tablets are clearly set to be an extraordinarily important platform for content of all kinds, and I think documentaries are particularly suited for the format.  The medium provides the best of Internet-connected interactivity, the convenience of mobile, and the comfort of being able to sit back in the living room sofa.  The question is who will put it all together into a single work that breaks out of the genre’s niche and gains a truly broad international audience?

I’ve compiled a list of projects that are designed to work nicely on tablets, as I think these devices are of crucial importance for the future of the industry, and will greatly shape the ways in which factual content is consumed by the public.

1_The Shirt On Your Back
2_A Short History of the Highrise
3_Clouds Over Cuba
4_Alma: A Tale of Violence
5_Money & Speed: Inside the Black Box
6_CIA: Operation Ajax
7_Circa 1948
8_Netwars / Out of CTRL 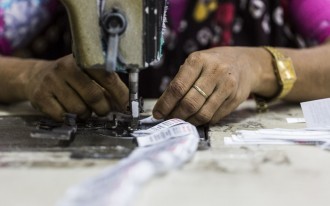 _The Shirt On Your Back

The Shirt on Your Back is an interactive documentary about the dangers of the global garment industry.

The Guardian newspaper is building an impressive track record of interactive documentaries and has followed the excellent "Firestorm: The Bushfire at Dunalley" from last year, with a fascinating and heart-rending story about the global garment industry and the Rana Plaza disaster in Bangledesh. Again the interface is simple, and the text brief and direct enough to enhance the video content and imagery, and while telling a compelling story it also has the sophistication to embed real-time data directly into the narrative. 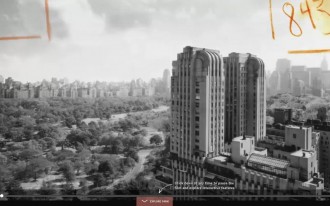 _A Short History of the Highrise

This interactive documentary, designed as an immersive storybook experience, details the 2,500 year history of the highrise building and the humans they house.

This is the first tablet-friendly doc from the mother of all interactive documentary projects. Endlessly growing and innovating, Kat Cizek collaborates with the New York Times for A Short History of the Highrise. The project stands as a model of what can be done with a photographic archive and how the audience can engage with deeper background content without straying from the main linear narrative. 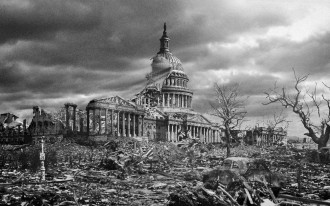 Clouds Over Cuba is an interactive multimedia documentary commemorating the 50th anniversary of the Cuban Missile Crisis.

As well as being beautifully produced in universally supported HTML 5, Clouds Over Cuba also very cleverly provides a second-screen experience between tablet (or desktop) and smartphone. This allows the audience to look at the archive material on the phone, while watching the documentary on the tablet.

Alma was the winner of Innovation Award at Sheffield DocFest last year (disclaimer: I was on the judging panel), and the award was well deserved. Apart from being a gripping (if harrowing) story, told in an extremely personal way by a young woman, the fact that you can slide between watching her give her account and an accompanying visual narrative by moving your thumb over the screen provides for a unique experience. It hands the audience some agency, occupying fingers that might otherwise be itching to check email and social messages. 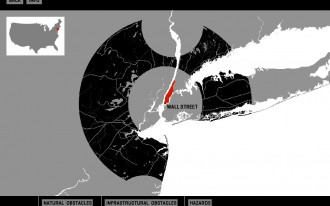 _Money & Speed: Inside the Black Box

Based on interviews with those directly involved and data visualizations up to the millisecond, Money & Speed: Inside the Black Box reconstructs the flash crash of May 6th 2010: the fastest and deepest U.S. stock market plunge ever.

Money and Speed tells the fascinating story of the so-called "Flash Crash" of 2010, which saw the biggest single day loss in the history of the New York Stock Exchange, followed by an almost equally rapid recovery. It combines a fascinating documentary film with interactive visualizations that help to explain the complex and usually invisible world of high frequency financial trading.

This project is an adaptation of a graphic novel that tells the story of the "rise and fall of Iranian democracy". The project charts the CIA sponsored coup that overthrew the democratically elected Prime Minister Mohammad Mosaddegh and put the Shah in power. It does not make any use of video, however the soundtrack and animated graphic panels make it a rich and immersive experience. 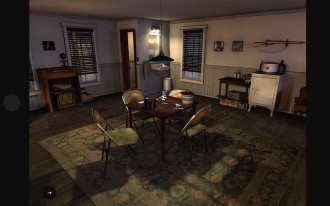 Enter the shadows of Vancouver, BC, circa 1948, through this immersive interactive art app for iPad and iPhone.

Another interactive documentary to emerge from the National Film Board of Canada's production line, this game-like experience uses the motion and touch sensors of the tablet to let the audience navigate through three dimensional representations of two Vancouver locations of the period. The experience includes eavesdropping on conversations along the way that animate the conditions and concerns of the time. Standing out as a different approach to traditional documentary, Circa 1948 uses the affordances of tablets to great effect. 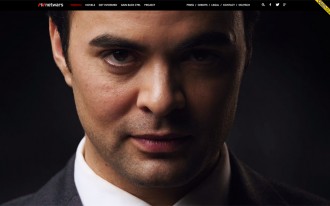 Take a look behind the scenes of the actual cyberwar front.

The multi-channel, multi-experience project Netwars explores issues of digital security and cyber-warfare. It puts its eggs in as many baskets as it can by developing a TV documentary, a browser-based interactive documentary, an app-based interactive graphic novel, an e-book, an audio-book and television series. It defies my simple categorization. I include it here as an 'extra feature' to highlight its breadth and to suggest that this project may well be signifying the 'blanket coverage' approaches required of projects in the future.