Drawing on MIT’s legacy of media innovation and its deep commitment to open and accessible information, the MIT Open Documentary Lab brings storytellers, technologists, and scholars together to explore new documentary forms with a particular focus on collaborative and interactive storytelling. The Lab understands documentary as a project rather than as a genre bound to a particular medium. In the spirit of MIT’s open courseware and open source software movements, the Open Documentary Lab is collaborative and committed to sharing knowledge, networks, and tools. The Lab is catalyst, partner and guide to the future of reality-based storytelling.

Art and prisons have a long history together. From prison arts programs dating back to the 1940’s, to contemporary art exhibits featuring incarcerated experiences, to art collectives organizing poetry readings and performances for and by incarcerated people, art has often been a site for uplifting previously unheard stories, unveiling oppressive structures, and reimagining justice. This playlist shows how artists, documentarians and journalists are using emerging technologies to uniquely capture themes of social confinement and isolation. This playlist includes XR projects that use 3D imagery to convey the psychological impact of a solitary confinement cell, a first person narrative to intimately share stories of formerly incarcerated people, and data visualizations to demonstrate the sheer scale of mass incarceration in the U.S. These projects also explore multiple forms of confinement through topics ranging from the immigration detention process to re-entering a society that is unprepared to take care of those leaving the prison system.

Social confinement is on all of our minds as we live through a pandemic but nothing we experience outside prison walls compares to confinement within a prison where rights to privacy, respect, and autonomy are taken away. Moreover, state responses during our times of crisis, particularly in the U.S., have made even more clear the racial biases inherent to our social systems, with an anti-Black culture of police violence exacerbating already alarming rates of death for incarcerated individuals. These projects take on these issues head on, keeping in mind that “experiencing” a prison system in XR serves as only a small part of an ongoing, collective praxis towards social justice. 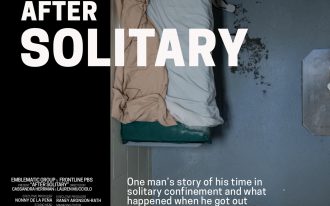 After Solitary, a collaboration between Emblematic Group and PBS' Frontline, tells the story of Kenny Moore, a formerly incarcerated individual who spent years in solitary confinement.

Kenny Moore's narration of his personal experience in solitary confinement is deeply emotional, especially when viewed from within an immersive, 3D scanned environment of this inhumane space. 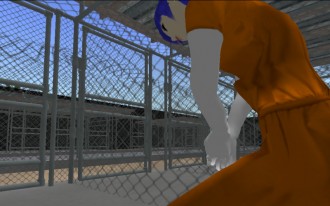 Second-Life and Unity3D versions of the Guantánamo Bay Detention Center function as an interactive and educational experience of the prison which the authors term, "Immersive Journalism."

Gone Gitmo is a pioneering journalism project about Guantánamo Bay that offers new possibilities for users to be immersed in and actively engaged with news stories. 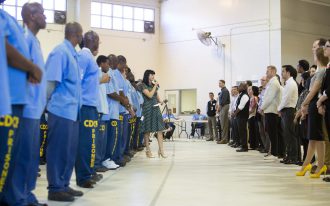 _Step to the Line

Step to the Line is a VR documentary shot on location at a California maximum security prison that aims to provoke a shift in the viewer's eyes about prisoners, the prison system, and themselves.

Step to the Line is a moving 360 VR documentary about the power of hope that aims to provoke a shift in the viewer's understanding about the prison system, incarcerated people, and themselves. 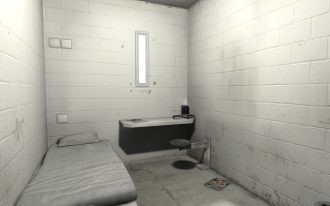 6x9 is an immersive journalism piece that simulates the conditions of solitary confinement and its impact on prisoners.

6×9 is an immersive experiment that tells a journalistic story through embodiment and the senses. The computer-generated imagery in the project is created in Unity's game engine, and the project is the first of its kind in that it explores a prison cell in VR. 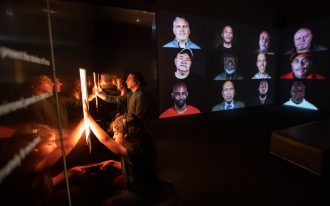 A Father’s Lullaby is a multi-platform, community engaged project highlighting the role of men in raising children and their absence due to the racial disparities of mass incarceration.

A Father's Lullaby is a national initiative and multi-platform project that has a unique, deeply affecting approach using emerging technologies that highlights the role of men in raising children and their absence due to the racial disparities in the criminal justice system. 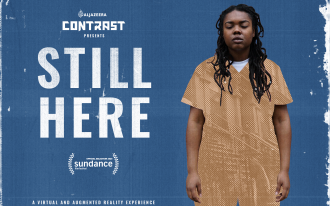 Still Here is a co-created XR project about the challenges of re-entering society from New York's prison system. 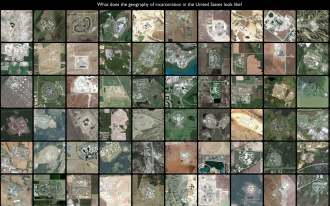 Prison Map is not a map - it's a snapshot of the earth's surface, taken at various points throughout the United States.

What does the geography of incarceration in the US actually look like? Prison Map gives a birds-eye view of incarceration, and visually elucidates the scale of this issue. 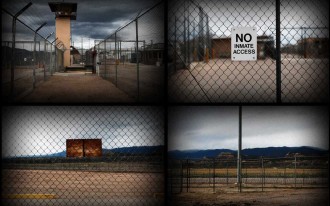 Prison Valley is an impactful project that subverts the genre by combining a traditional television documentary and an interactive road movie that places users in the shoes of a journalist. 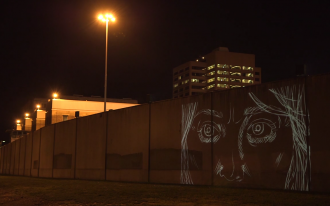 The 96 Acres Project is a series of site-specific art projects bringing together community members to address the impact of the Cook County Jail. 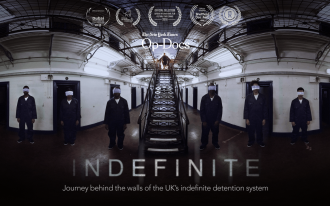 A VR documentary taking the viewer on a journey through the UK’s indefinite detention system.

Guided by the voices of survivors, Indefinite is a powerful VR documentary that takes the audience on an immersive journey into the uncertainty and despair of the UK’s immigration detention system, coupled with journalistic articles that share key information on the issue. 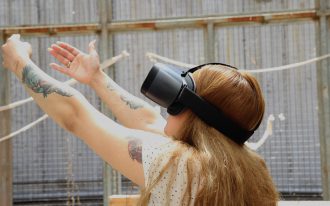 Going Back Home VR is a Chilean transmedia project that aims to remove prejudice about incarcerated people in addition to building a bridge between prisons and the outside world.

Going Back Home is a transmedia project that uniquely puts VR tools in the hands of incarcerated women and their families, helping them communicate with each other and feel like they are at home again. This project centers on maternity-related issues that women face in prison.